From Marines to Murphy With a Heart of Service

Find this article at:
go.ncsu.edu/readext?709549
— Written By Lisa Ellis and last updated by Doug Clement 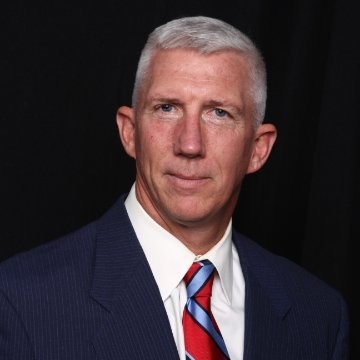 Herb Clark is more than his height and his Marine title. Just like his height and Marine title, his heart is just as big. Mr. Clark has served the United States as a Marine for 25 years where he created deep roots. He and his wife, Anita Clark, decided to make a decision to settle down in Murphy, North Carolina after Herb retired. There the two found even deeper roots in an industry that was new to them, agriculture. There his heart of service served the people of Cherokee County by sharing his love for agriculture and learning from the producers around him. Mr. Clark is one of 48 producers in Cherokee County with a military background.

Herb Clark leads with intentionality to become involved in the community. When he started in agriculture, it was accidental but grew on purpose. What started with a few lambs, a young cow and a Great Pyrenees, expanded into many poultry animals, bee keeping, sheep production, cattle, meat rabbits and crops. The love of agriculture grew into a way that reflected a characteristic that speaks loud in Mr. Clark’s life, acts of service. He implements this characteristic by bringing his farm to the community. He does this by giving advice to new farmers, volunteering his time within the community, sharing his love of agriculture with costumers at the farmers market and donating his time to those he shows around his Cherokee County farm. One thing that Mr. Clark realized was an important implication in his education in agriculture is listening to other producers and classes with N.C. Cooperative Extension.

“My advice would be to go to the website [N.C. Cooperative Extension – Cherokee County Center] and creating a chain of direction and contacts to other producers,” stated Mr. Clark.

Mr. Clark believes his mother instilled service in his life at a young age, but soon flourished during his military service. During his time in service, he served his country through a different outreach of mental health. There he served people who struggle with addiction by implementing curriculums that would soon be used around the world. There he was intentional to those around him by showing that there was more to life and hope. When his time in service came to an end, he continued to serve those around him through volunteering when needed. In Murphy, he volunteers his time with a group of missionaries to better understand agriculture when they begin their adventure out to the mission field. He still serves the community by taking in rescues from the humane society. Mr. Clark understands the importance of community and serving the community.

Mr. Clark is one of 47 producers in Cherokee County with a military background. When told this stat, Mr. Clark felt honored. There was a certain pride that he had expressed. This was something that you could tell was important to Mr. Clark. His heart of service came out in the matter with wondering how he could be a part of their journey while relating to both their backgrounds in agriculture and military service.

“It makes me wonder, how can I be of service to the other 47?” Stated Mr. Clark

Mr. Herbert Clark is more than a Marine veteran. On the outside, you may see a very intimidating, tall military man, but on the inside Herbert Clark is a father, husband, farmer, and a professor. His roots grow deep in service, and his actions show that this is something that characterizes him. Like many other veterans, we are forever grateful for the way Mr. Clark serves our community and our country.

We also have a few other email lists you can subscribe to.